About His Life History:

In his cute juvenile of life, his late father, Tanjo M. Hayashi, who was a long time catcher in a national baseball team, as an ordinary American father, taught naughty young Alex baseball as a team sport. Alex, however, showed strong interests in Japanese Budo (martial arts) after he spent a great deal of time in reading ‘Bushido’ (the way of the warrior) in his golden adolescent chapter of life. Alex chose karate and trained with his master to pursue the core l’esprit of martial arts. He practiced and participated in national championships (two Gold Medals and three Silver Medals) for more than 30 years, and gained 5th degree black belt, a certified karate instructor with Renshi honor given by his late grandmaster. He established three karate dojos (schools) during his marvelous and memorable stay in Aotearoa (New Zealand). 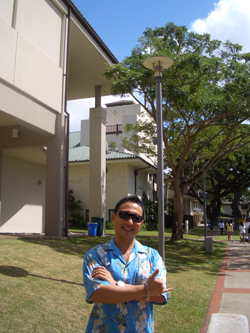 For nearly a quarter of a century in his academic chapter of life, Alex has drawn on his passion for teaching, working with organizations and people worldwide, and gained cross-cultural unbeatable insights from his research and his business experiences to educate future generations of leaders who are to be trained in schools and universities not only in Japan but also in UK, NZ and the US.

Alex maintains unparalleled global teaching assets shaped out of his living backgrounds and cross-cultural interests with the Pacific Rim flavors. He has a burning ambition to have a lecture introducing bicultural studies and incorporating cross-border respect and integrity. ………………………………….

In his philosophy of globalism, he regards a century and a half of the US-Japan relation since General M.C. Perry reached Uraga, Japan to open its dramatic curtain in 1853 as only the beginning in the scroll of the long-lasting US-Japan history.

About His Occupational Profile: 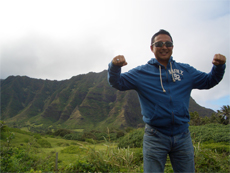 While working as an appointed lecturer in the education department of a large corporation (Kintetsu Corp.) for 20 years, Alex also found time to manage language schools in Osaka and became an FM Radio host and narrator for children’s English programs featured on the airwaves across Japan. In 1997, he was appointed at a university in New Zealand as a business lecturer where he enjoyed teaching business and comparative culture and volunteering to teach karate to children (he holds a 5th-degree black belt) in his free time. Returning to Japan in 1999, Alex served as a lecturer of distance learning course of the Leeds University in UK, an associate university professor of English and Business Communication and an external examiner at Chichester University in the UK until 2011. In 2003 he was chosen by MEXT to be a special English instructor for teachers in elementary schools, junior high schools, and high schools. Currently he is a full-time professor at Tokiwakai Gakuen University (Osaka), and an appointed lecturer at Doshisha University (Kyoto), an invited lecturer at Doshisha Women’s College of Liberal Arts (Kyoto), Kansai University (Osaka), and Kinki University (Osaka).

….quoted from an introduction of the ALT training book

https://www.fmosaka.net/
FM OH! COOL STRUTTIN’
FM OSAKA Wikiwand
Acted as an MC for the ‘Stylish Jazz Night’ live event at Honmachi Garden City in Osaka.
The event is recorded live for the FM Osaka program ‘Cool Struttin’ in collaboration with Stylish Jazz Night.
Alex is charge of an air-navigator for this program.

(TV commercial narration for a microwave oven in UK )2008-

(Commercial narration for a new product in USA) 2008-

(Commercial narration for a new product in USA) 2009-

(Commercial narration for a new product in USA, UK) 2009-

(Commercial narration for a new product in UK) 2009-

(Commercial narration for a new product in USA )2009-